If you have been arrested for DUI or other serious traffic offense, for an appearance at the Homewood Municipal Court, you need to talk with an experienced criminal defense attorney who is an expert traffic ticket attorney. Being convicted of driving under the influence in Alabama costs you the right to drive, and puts a permanent criminal conviction on your criminal record, so fighting for a diversion or other favorable outcome is well worth the cost of a DUI lawyer.

Because the first experience for most law-abiding citizens is a traffic ticket, the Polson Law Firm has helped over 10,000 clients in various municipal courts across the State of Alabama. Because the Homewood Municipal Court is in a suburb of Birmingham Alabama, the Homewood Courthouse is one of the regular locations to find our traffic ticket lawyers. 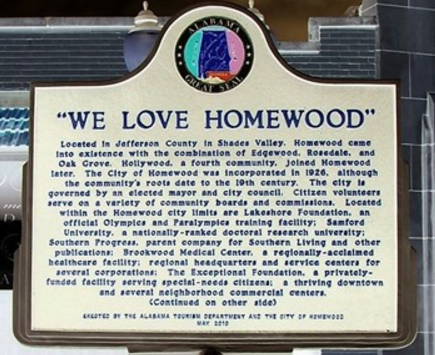 What Is a Municipal Court?

Not all states have municipal courts handling misdemeanor traffic offense cases. Florida, for example, does not have municipal courts. Georgia does, as well as Mississippi. All determinations of local court existence comes from the state legislature, which has to enact laws that permit local operation of inferior courts (courts without jury trials and broad subject matter jurisdiction), such as the municipal courts in Alabama, as one of the last vestiges of local rule.

Generally, the larger the City, the larger the number of cases and revenues from such traffic ticket arrests. In Alabama, Birmingham traffic, as a hub of several Interstate highways, generates thousands of traffic tickets for the Birmingham Municipal Court. This same Birmingham traffic may (at some point) cross a city limits line into Homewood, Hoover, Vestavia Hills, or Bessemer or other Alabama suburbs, and then ant traffic citations get booked into those courts, such as the City of Homewood Alabama.

For the Municipal Court of Homewood AL, Call Our DUI Law Firm

At Polson Law Firm, we offer a FREE lawyer consultation. Why not get a no-obligation initial, professional case assessment from an Alabama Super Lawyer?
To schedule a FREE review of your case by a highly-experienced traffic ticket lawyer, either complete this FORM: fill out the form here or call us 24/7 at (205) 222-4544.

Watch Our Helpful DUI Videos Below: